Marjoram, Origanum vulgare, is a native British species and is common on chalk downland. It is one of the very best garden plants for attracting insects as it attracts both large numbers and a good mix including honey bees, bumbles, wild bees, hover flies and butterflies. It is a perennial herb which spreads slowly and smothers weeds. It is easily propagated by division in spring. 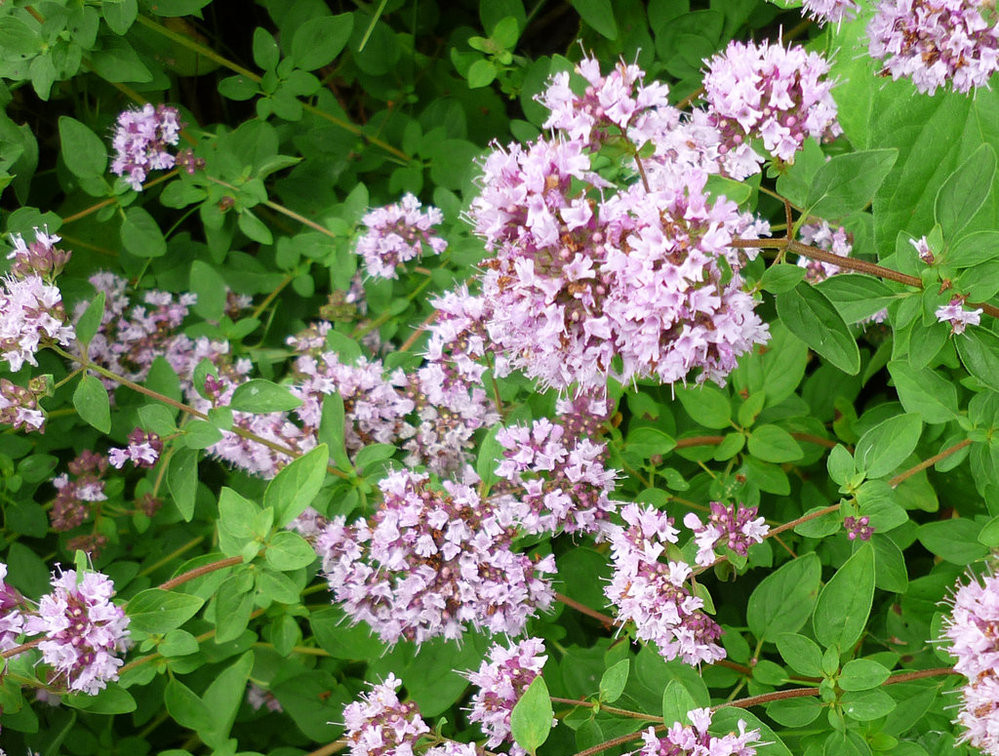